In this Penn Conflict II Spinning Reel Review, we’re presenting one of the lightest weight spinning reels ever to hit the market from Penn.

This reel was released in 2017, and it is available in the 1000-5000 range. The Conflict II is ideal for lightweight anglers looking for a high performing freeshwater reel. This is the lightest reel in the Penn family, and when you stack it up against some of the previous reels from Penn, there is no comparison.

If you enjoyed the Conflict spinning reels before, you’d love this one because of it’s lightweight and durable design. The reel looks great, and it features a super smooth and strong HT-100 drag system. Along with that, they pair in a wide assortment of other features that are unique to this reel, and we’re going to dish them out for you.

The Penn Conflict II is a solid choice and is available HERE.

The Conflict II is the lightest reel from Penn to this day, and there are a few different reasons for that.

First, you have the RR30 Rigid Resin body and rotor that make up a majority of the weight. This material is incredibly lightweight and durable. It’s even 20% lighter than the original Conflict. If you felt that the first-generation was a little bulky or too heavy, you’ll love the weight and feel of the newer Penn Conflict II.

If we take you inside the reel, you’ll find Penn’s CNC gears using a 7+1 stainless steel ball-bearing system with an aluminum pinion and main gear. These reels offer the ultimate in lightweight inshore fishing while still providing resistance to saltwater. 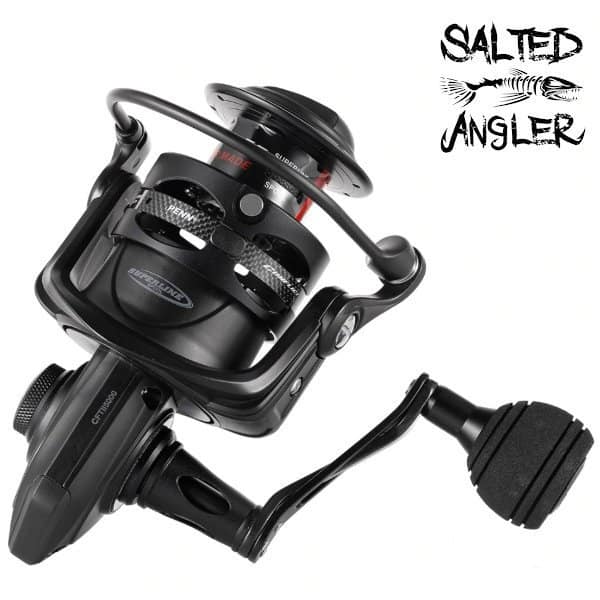 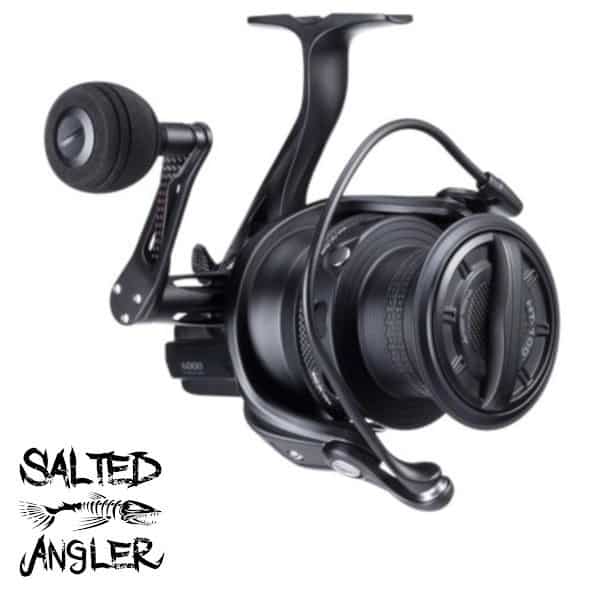 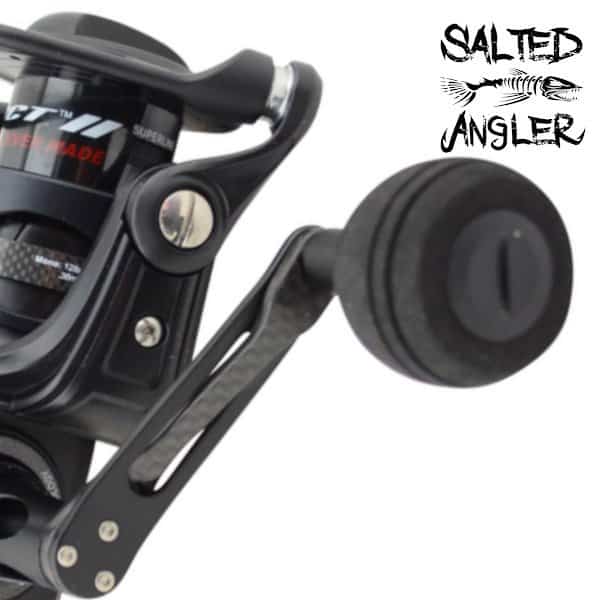 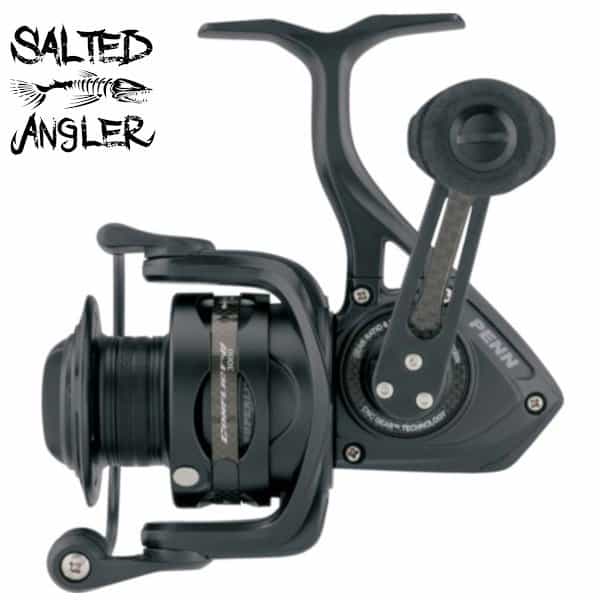 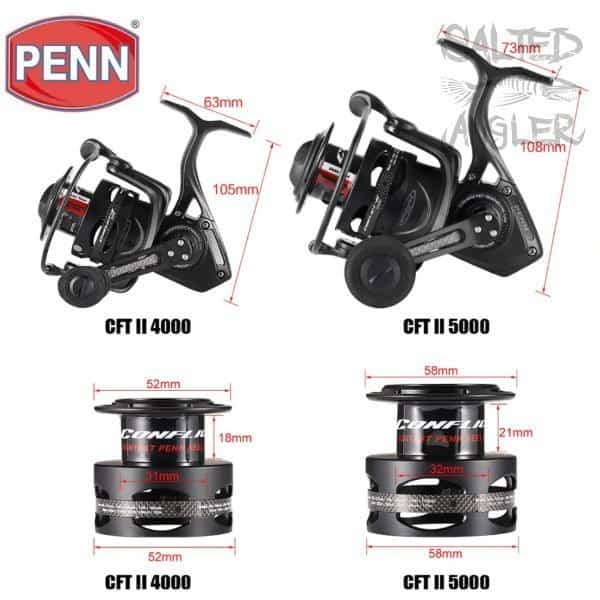 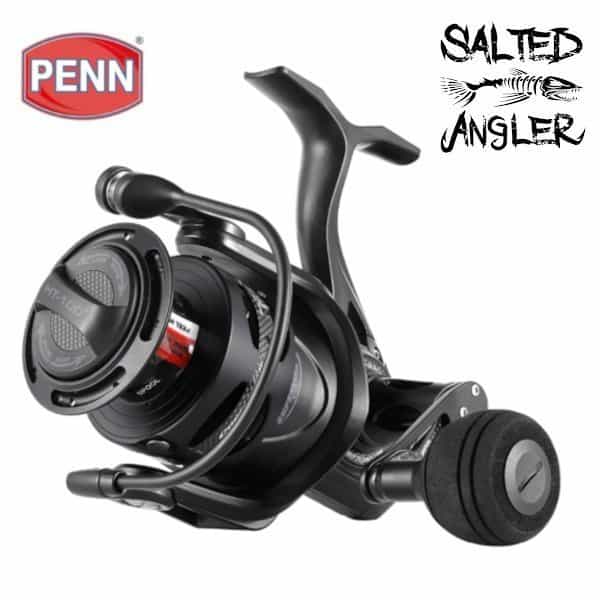 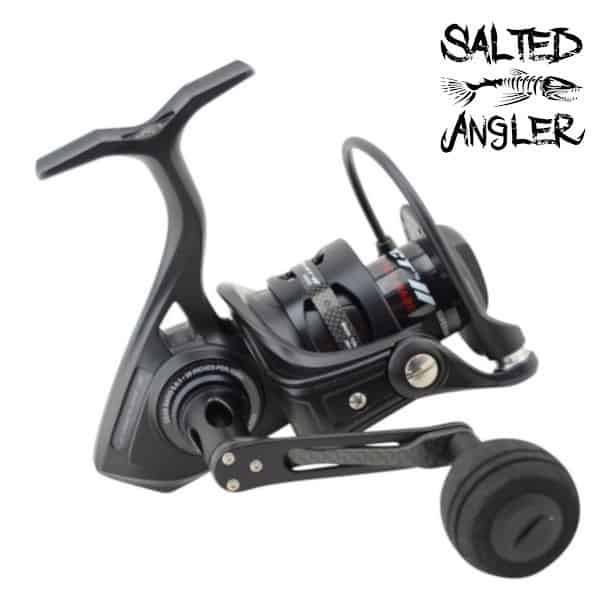 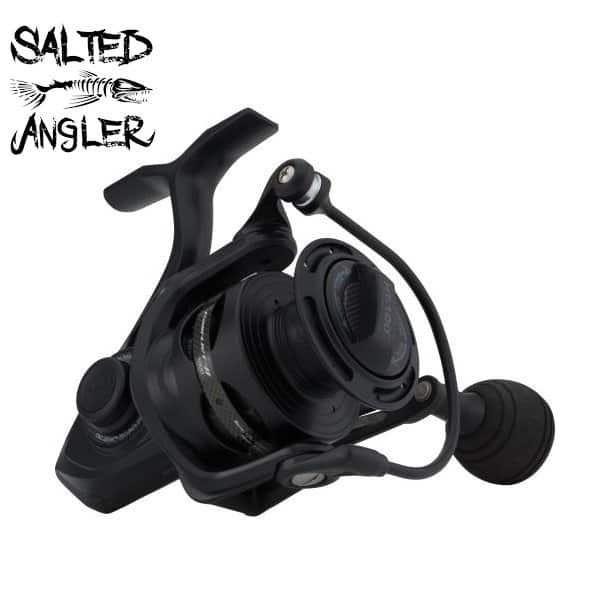 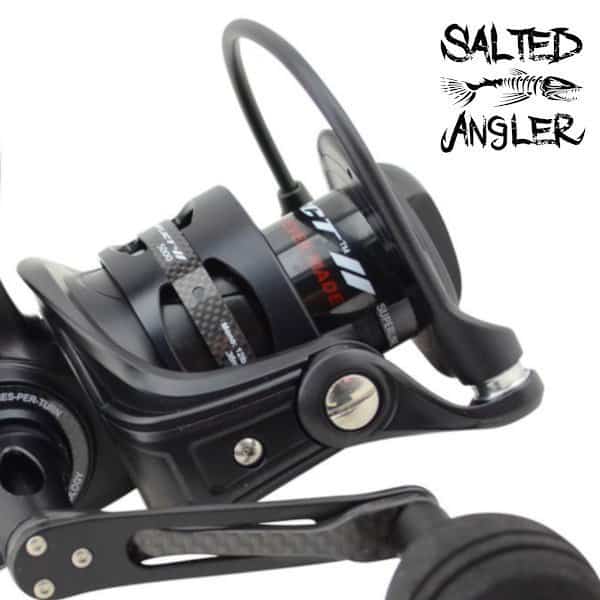 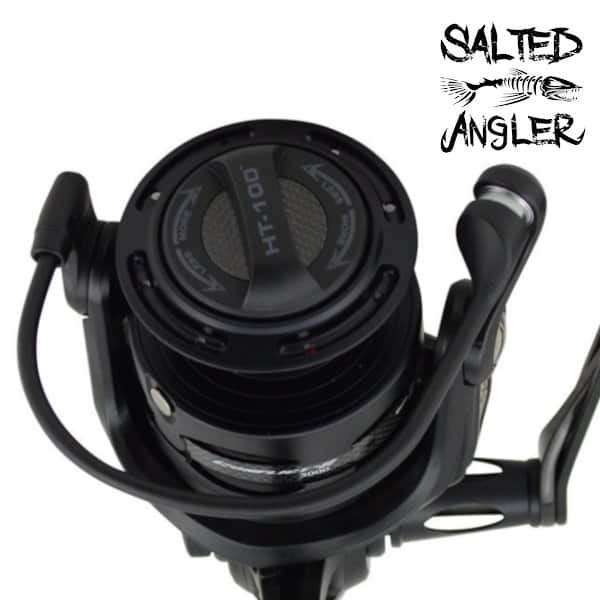 You also get the Conflict Superline Spool which takes mono backing out of the equation due to a rubber gasket that keeps the line from slipping on the spool.   In many reels you will need to use mono to go from the spool to the braid line as braid has a tendency to slip on the spool, this solves this problem.

Something else that really separates the Conflict II from the original model and most other reels for that matter is the lightweight braid Leveline System. The reel provides a slow oscillation system which ensures that your line lays evenly on the spool.

This feature also prevents friction on the line, and the result is one of the longest casting spinning reels on the market today. With this feature, they recommend using a lightweight braided line only for the Conflict II.

Rigid Resin RR30 Techno-balanced rotor – Penn is able to dramatically reduce the weight of this reel compared to the original Conflict primarily due to the design of the body. Using their RR30 Rigid Resin, they lower the overall weight of the reel by 20% which makes this the lightest Penn reel on the market today. Along with weight reduction, the Rigid Resin is also durable and long-lasting.

These are durable and paired alongside high-quality stainless steel ball bearings. Put it all together, and you have a great inshore reel worthy of large trout, redfish, and even sea bass.

HT-100 carbon fiber drag washers – The carbon fiber drag system is the epitome of smooth even when battling larger fish. Having the HT-100 Versa drag washers in the spool allows Penn to use both sides of each washer providing the angler with higher max drags, improved range, and smoother start-ups when stacked up against the original Penn. These washers receive a coating of Penns proprietary grease for longevity.

Superline spool – Another feature that is unique to the Conflict II is the Superline Spool. This design eliminates the need for backing because of the rubber gasket that keeps your line from slipping on the spool. The end result is improved line capacity and a smooth retrieval and cast.

Leveline system – In addition to the superline spool, you also get the Leveline system. The feature differs from the original model by providing anglers with a slower oscillation to improve the way your line lays on the spool. The line creates less friction this way and provides you with a longer cast. Penn states that the Conflict II is the longest casting spinning reel on the market. The Penn Conflict II comes in six different sizes starting with the 1000 series and working it’s way up to a 5000 series. They don’t have a 6000 or anything higher, and that is why they primarily recommend this reel for inshore fishing only.

Something incredibly impressive and it speaks volumes for this reel is stacking the previous Conflict up against the Conflict II. The same 2500 model that offers the same max drag and line capacity weighs two ounces more. The Conflict I 2500 weighs 9.8 ounces. As you get up in the models into the 4000 range, the weight of the reel becomes significant but not with the Conflict II.

Even at the 4000 mark for the Conflict II the reel still weighs less than the Conflict 2500. When they say that they took steps to reduce the weight of their premium reels, they were not kidding.

Over the years, I’ve leaned more and more about my lighter tackle gear. I’ve had a lot of success with reels like the Shimano NASCI 1000 and the Daiwa Fuego LT. I was incredibly excited when I saw that Penn was going to design a reel to replicate the original but at a fraction of the weight.

When I think of Penn reels I think “heavy” and now there is a model that I do not have to feel that way about.

For inshore fishing, I prefer to fish for trout, redfish and flounder. I’m somewhat young, but even I have fond memories of fishing trips with rods and reels that looked like my dad dug them out of a cave man’s chest. With the incredible growth in technology, manufacturers are able to make reels much lighter while actually making them stronger as well.

The Penn Conflict II is a reel that maximizes the amount of strength and durability it provides. It doesn’t compromise your comfort and enjoyment with a big bulky and uncomfortable reel that feels like you have been fishing it all day even though you just got on the water.

I favor a 10 to 15 pound braided Berkley Fireline with whatever live bait I can get my hands on. It might be more of a pain, but it pays off in the long run for me: the trout and redfish hammer finger mullet and eels like crazy around the waterways of South Carolina.

If you’re still looking for some different options, we’ve got them. Sticking with Penn, we’ll look at the Penn Battle II. This reel is going to save you some money, but you’re going to pay for it in the weight of the reel. Each reel model weighs about two ounces more with the Penn Battle II.   Read the complete Penn Battle II Review HERE.

Next, we have the Penn Clash. If we were comparing the Clash with the original Penn Conflict, we’d have to give it to the Clash. The whole theme of this review is weight, and even though the Penn Clash is more expensive than the Conflict II, it still weighs more by about an ounce.

With the Clash, you might see a slight improvement in smoothness during the retrieval due to an extra bearing, and you also get the leveline oscillation system and CNC gear technology. Read the complete Penn Clash Review CLICK HERE.

If you’re looking to go more affordable with your reel, you could opt for the Daiwa Fuegp LT.  You can get this reel for under $100, and the weight is even less that the Conlict II. The Daiwa Fuego LT is smooth and offers plenty of corrosion resistance and waterproofing features such as the Mag sealing making it one of our favorite reels.  Read the full Daiwa Fuegot LT review HERE.

Rolling along we’re going to hit you with a reel that is as light as the Penn Conflict II, and it’s more affordable. So what’s the catch? It’s an Okuma. The Okuma Helios SX is a good quality lightweight reel with a carbon fiber drag, eight corrosion-resistant bearings, and a lightweight carbon frame.

For the price, it’s hard to go wrong, but it doesn’t have the durability and presence of a Penn reel. For the complete Okuma Helios SX, review CLICK HERE.

Overall, the Penn Conflict II is a serious step up from the previous reel. They’ve taken all of their best models and combined it into one to make this reel. While doing that they’ve also incorporated a lot of new technology and features that make this one of the best inshore spinning reels available on the market today in this medium price point.