Accurate Fishing touts itself as the “Home of the Best Saltwater Fishing Reels” and if you are a west coast fisherman who likes to tackle offshore species, your paths have probably crossed.

The company was founded in 1990 and in 1997 they introduced the patented TwinDrag system fishing reels.  Accurate is known by serious fishermen to produce some of the strongest and lightest weight fishing reels on the market today.

These are very lightweight starting at under 10 oz. and can easily handle fish up to 50 lbs. 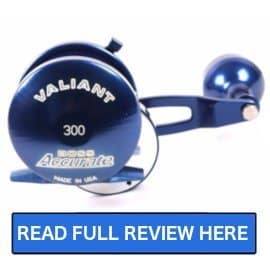 The Accurate Valiant BV-300 is an amazing compact and very lightweight conventional reel that is designed for casting and jigging both near shore and off shore.  This is a very high-quality reel that has an extremely smooth twindrag system and is capable of landing big fish even though it is in a small package.  READ THE FULL REVIEW 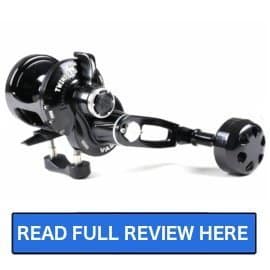 Both of these are very high-quality reels that have an extremely smooth twin-drag system and are capable of landing big fish without any problems while still being lightweight.  READ THE FULL REVIEW