The Star Stellar Lite is one of my favorite rods in what I would consider being in an affordable price range starting at around $99.

Star rods is a company that has been in business since 1958, however, if you are not from Florida or North Carolina you most likely have never heard of them.

The Star Stellar Lite series is targeted to the inshore angler and really allows you to do everything well with just one rod.  These rods come in 24 sizes to allow you to pick just the right size and action for your niche of fishing.

One of the things that I really like about the Star rods is that they have a great rod blank that is made of a graphite material which is durable and sensitive at the same time. 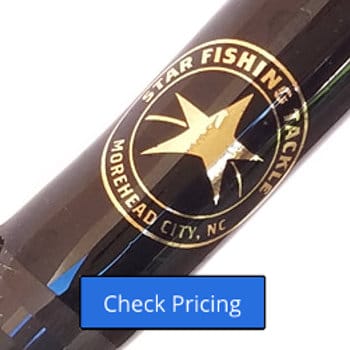 The fit and finish on the rods are excellent which means that they will last for a long time.  I know some people who have Stellar Lite rods that go back 20+ years and they tell me that they still fish like the day they bought them.

One of the other things that were actually the deciding factor when I bought my first Star Rod was the lifetime warranty.  Basically, if the rod fails under normal fishing conditions, (not by slamming the rod in the door jam of your F150) then they will replace the rod for free.

In my case, I purchased the rod at Bass Pro Shops and all I have to do is return the rod there and they will replace it for me on the spot. 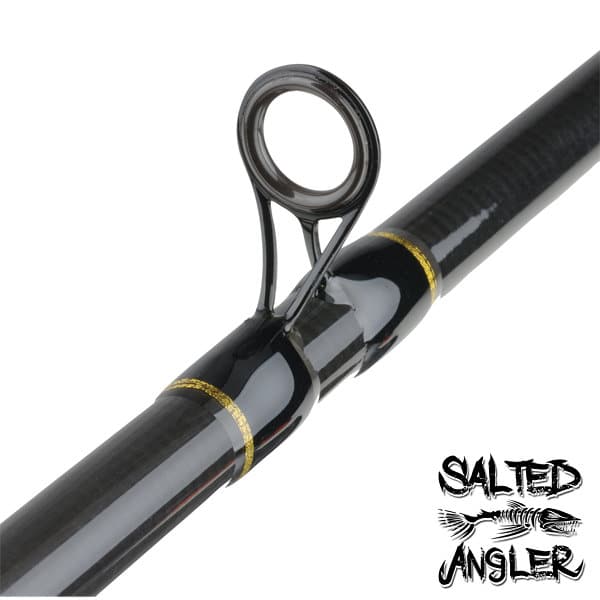 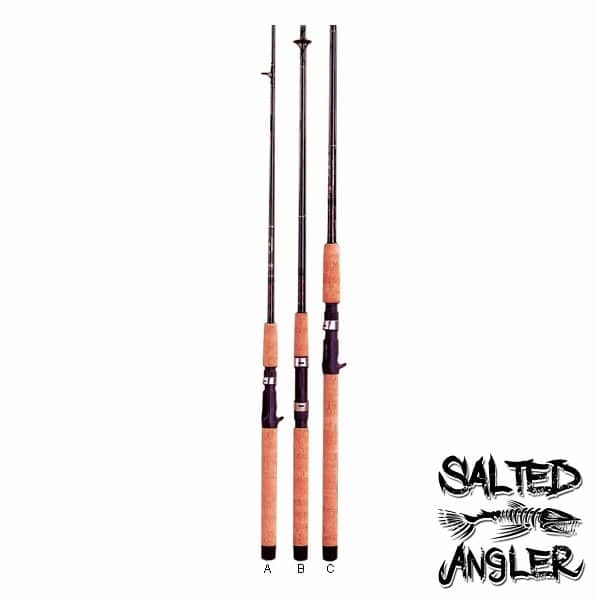 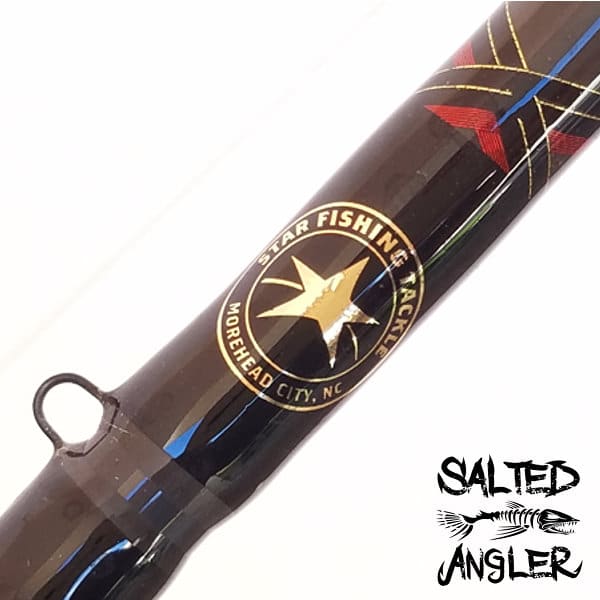 Cork Grips – The Stellar Lite series of rods comes with a full cork handle.  If you have fished with cork, then you know the difference.  To me, a cork handle just feels better and transmits vibrations better to your hands.

I also am very appreciative of how a cork handle does not slip in my hands when it is wet and let’s face it, we are fishing so the handle is wet more than it is not.

Graphite Rod Blank -The rod blank is the foundation of any rod and Star uses what is referred to as high modulus graphite material called M-7 graphite.  This graphite material provides a lightweight yet powerful and responsive rod blank that allows you to feel even the smallest of nibbles on your line.

Fuji Guides – Fuji has long been known to be one of the best guides available for your rod as they have proven to stand the test of time. The guide is one of the most important aspects of the rod as it is what allows the line to pass smoothly from the reel on through the tip.

Fuji Reel Seats – Star has chosen to use the Fuji reel seat for the Stellar series of rods as it is known to keep the reel attached firmly and at the same time transmit the feeling of the action on the other end of the line to your hands. 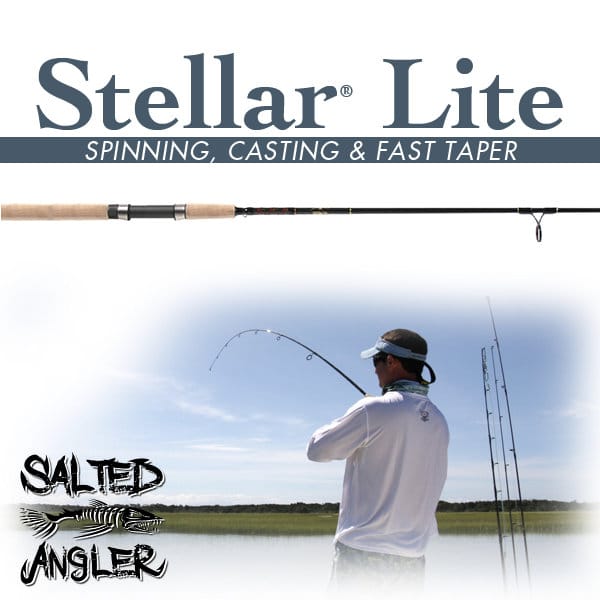 I have a few of these excellent rods in my collection.  My go to is the model SG816ISM – a 7′ Medium action rod rated for 8-16 lbs mono line which I spool with 30 lbs Spyderwire.  Typically, I am fishing a soft plastic of some sort such as a 4″ DOA mullet on a 1/4 oz jig head.

I have found that this setup allows me to have equal fun with a small ladyfish or jack or a large redfish.  I am amazed at how one rod can be sensitive enough to let me feel the nibble of a smaller fish on a live shrimp that I am free lining to handling the hammer coming down when a big red takes the lure and makes a run for the mangrove cover here in Southwest Florida.

As you can see from the chart below, you have a wide variety of models to choose from.  Models start with a line rating of 6-12 lbs and go all the way up to 15-30 lbs – handling lures weights of between 1/4 oz and 3 oz.  With that said I have been known to take a 4-inch chunk of a ladyfish which probably weights closer to 8 oz and toss it in the canal when searching out a big snook or drum.

I fish a Star Stellar Lite rod on a regular basis and have it paired with the Penn Battle II 3000. I fish this rod in many conditions that go from free lining a shrimp in the canals of Cape Coral to hunting down big bull reds in the Matlacha Pass. 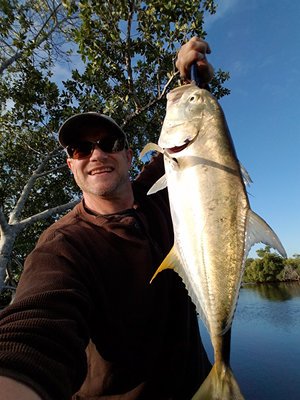 On a recent outing to one of my favorite shore fishing spots in the Northwest section of Cape Coral, I was seeking out some decent snook.  I was using a 3″ white Gulp paddle tail with a 1/4 oz jig head which is a pretty typical soft bait setup for me.

The tide was coming in and it was about 2 hours before sunset. I had what I felt was the perfect combination.  After a few casts to the other side of the canal up against some mangroves, I got my first strike and it was a big one.

The line started to peel off the reel as I tightened the drag a bit.  As usual, I felt the action of the fish when I am using my Stellar Lite rod.  I felt the fish darting for cover and making a run to try and hang me up in the mangroves.

With a few turns of the rod, I was able to redirect this big boy and get him back into the middle of the channel – another run buzz goes the line again, my heart is starting to jump what do I have on the line, is it something I have not caught before?

After a few more minutes the fish started to wear out a bit and I was able to bring it into shore.  Well, it was not a drum or a snook which is what I was hoping for as I wanted something for the dinner table – but it was a nice Jack Crevalle and for anyone that has caught one of these you know what a good fight they put up.

If you are wanting to spend a few dollars less and are just looking for a quality everyday rod then my go-to has always been and will most likely always be the Shakespeare Ugly Stik GX2.

This is an excellent rod that is very durable, fishes well and starts at less than half the cost of the Star Stellar Lite series. Read the full review of the Shakespeare Ugly Stik GX2 HERE.

If you have a few more dollars to spend and want to get a rod that is what most would consider being an intermediate price point, then I would recommend that you take a look at the G Loomis E6X – a fabulous inshore rod that starts in the $169 range and has all the look and feel of a custom handmade rod. Read the full review of the G Loomis E6X HERE.

I have been fishing a 7′ Medium action Star Stellar Lite as my main rod for the past few years and I love this rod.  The action is great regardless of the size of fish I have on the other end of the line.

I think that the rod build is of great quality.  I have had mine for several years and it looks as good as the day I brought it home.  With that said, I do make sure to store my rods properly during transportation and storage and I always rinse and then wipe down my rods after a day of fishing the saltwater flats.

For the money, I think that the Star Stellar Lite is an excellent choice and it carries a lifetime warranty which gives me the peace of mind that if something does go wrong, I can get the rod replaced without any hassle.