The Penn Conflict was introduced in the fall of 2013 and is positioned just above the Penn Battle II and below the Penn Clash.

The Penn Conflict is designed towards the smaller sizes and is typically most popular in the 1000 – 3000 size range – for the nearshore or inshore fisherman that is typically looking for a smaller reel.

New to the Conflict lineup is the 2500 size reel that is perfect for those anglers that are looking to have something that is small enough to balance out a lightweight rod for more technical fishing.

The Conflict is also offered in as large as an 8000 series but I would look to other models for anything over a 4000 personally. What makes the reel different from the Battle II is that the line lay has been changed by altering the size and the lip of the spool.  This combination provides for better line management while casting and better line lay when retrieving.

One of the other things that you will notice right away if you have been using the Battle II series of reels, is that the Conflict is quite a bit lighter, between 3% and 10% depending on the model you choose.

The smaller series reels use a graphite rotor that seems to provide adequate torque and strength while reducing weight.  The 5000, 6000 and 8000 use an aluminum rotor which again reduces the overall weight of the reel.

Drag has been increased over the Battle II by using a technology that is called keying the drag washers.  The washers are actually keyed into the spool meaning that there is now access to both sides of the washers allowing about a 20% increase in overall drag for the same sized washer.

Overall this is a step up from the Battle II – the biggest difference being the weight and the line management.

From a price point these reels are going to retail for:

The Penn Conflict is a quality reel and is available HERE. 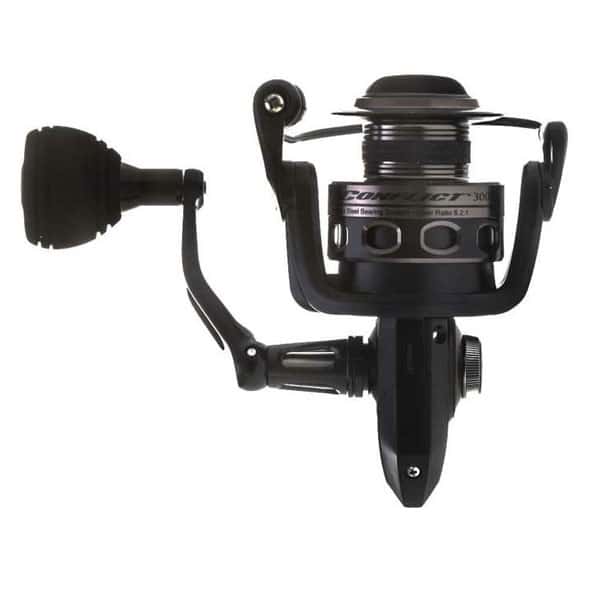 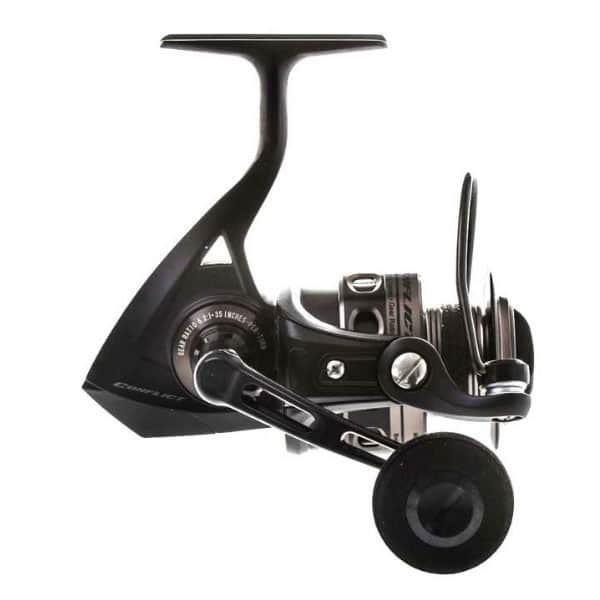 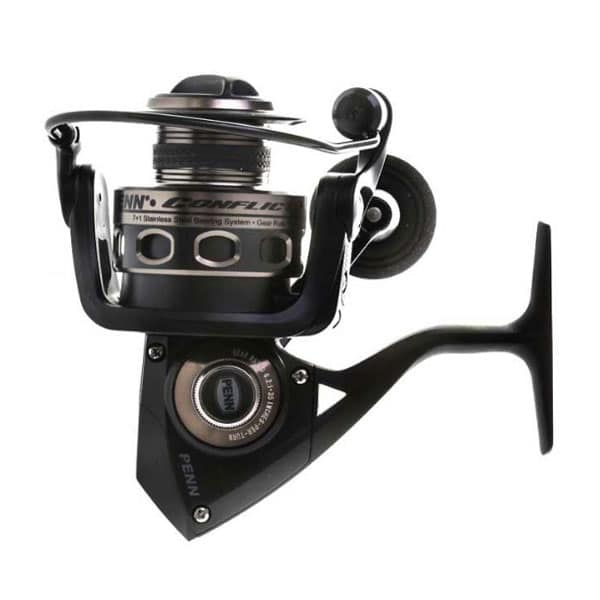 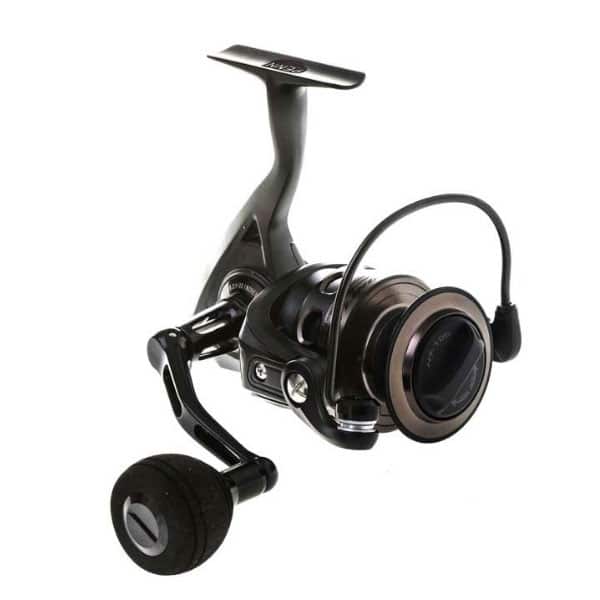 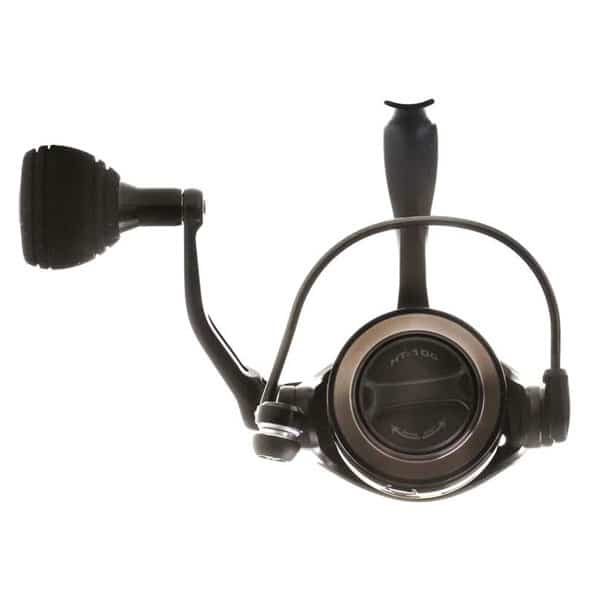 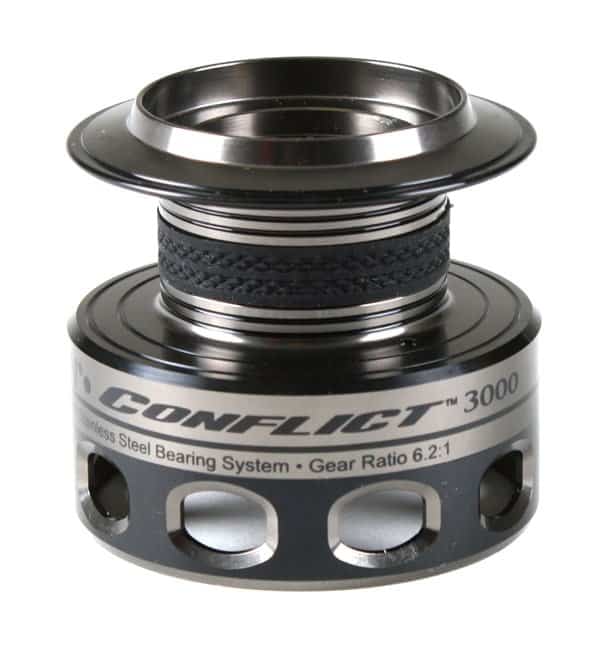 All bearing are sealed with rubber seals which should hold up well and protect the reel from accidental dunks in the water.

HT-100 carbon fiber drag washers – HT 100 drag system – which utilizes keyed carbon washers in place of the traditional felt washers will lengthen the lifespan of the reel and provide a very smooth non-jerky drag when under load from a retreating fish.

By using a keyed washer, there is access to both sides of the washer to provide a smooth drag.  The HT stands for the High Tech which is a carbon fiber laminated on fiberglass.  The 100 in the name stands for the equivalent of 100 miles of line being taken from the reel in original testing without any noticeable degradation which is pretty impressive.

Infinite Anti-Reverse – The infinite Anti Reverse eliminates the back play on the rotor when you set the hook.  This is accomplished by using a one way bearing in the reel design.

Heavy-duty aluminum bail wire – The Penn Conflict has an extra heavy duty bail wire that will withstand the test of time and should not warp over a long period of time. This is important as a warped bail will lead to inferior line management.

Superline Spool line capacity rings –  The super spool incorporates rubber inlayed into the spool which means that you can go directly to the spool with a braid of your choice without having to back it with mono.  I really like this feature and we are starting to see it on more and more reels these days.  The rings are marked at 1/3, 2/3 and full line capacity. The Penn Conflict comes in 8 different models starting out with a 1000 series that weighs in at just 7.8 oz and has a line capacity of 160 yards of 6 lbs braid with a maximum drag of 9 lbs.

Probably one of the most popular models in the lineup and my favorite is the 2500, which has a weight of only 9.8 oz. and I keep it spooled with 240 years of 10 lbs Spiderwire braid.  This is a great reel for my St. Croix Mojo Inshore and balances it out nicely.

If you are looking to stay with the Penn brand, then I will give you two alternatives.

If you are looking to fish with a lighter weight setup for more tactful fishing, then I think I would either stay with the Conflict or I might consider going with a Penn Clash.  The Penn Clash is a lighter weight reel that is designed for technical fishing.

If you look at the 2500 series, you will see that the Penn Clash is 13% lighter than the Conflict.  Read the full Penn Clash review HERE.

I almost feel like Penn is trying too hard to come out with so many models of reels.  As I said earlier and as Penn has said themselves, the Penn Conflict is a step up from the Penn Battle II and a step down from the Penn Conquer.

Is the Penn Conflict really a necessary model?

There are a few minor upgrades from the Penn Battle II as we have discussed – such as weight and the addition of one more bearing, but I still feel like it is almost redundant.  To me, it is almost like Penn has added an options package to the Battle II.

For me, if I am not satisfied with the Battle II, then I think I am going to jump up in price point by more than $30 and go for something in the $150+ range like the Pflueger Supreme XT or save a few dollars and go with the Daiwa Fuego LT.

At the end of the day, the Penn Conflict is a good reel and would be a good addition to your fishing arsenal. But for me personally, I would probably skip this price point and jump to something a bit higher on the scale.