If you have been considering the purchase of a Baitrunner reel then the Shimano Baitrunner D is a good place to get started.  While it is not the cheapest it is a good quality reel that will last for years if it is taken care of properly.

If you are not familiar with the Baitrunner reel, then let me educate you on this reel. They are used when you want to fish with either live or cut bait and want to allow the fish to be able to take the bait and “run” with it before the hook is set.  To learn more about the Baitrunner style reels, please read Baitrunner Spinning Reels Explained. The Shimano Baitrunner is an all-around winner and is available HERE.

Some of the quality features included in the Baitrunner D include Hypergear, a Waterproof Drag, Cold Forged Spool and Shimano’s Varispeed for even line lay.

The Shimano Baitrunner D is an excellent mid price range reel that can cover a variety of species and situations where you want to fish live or cut bait. 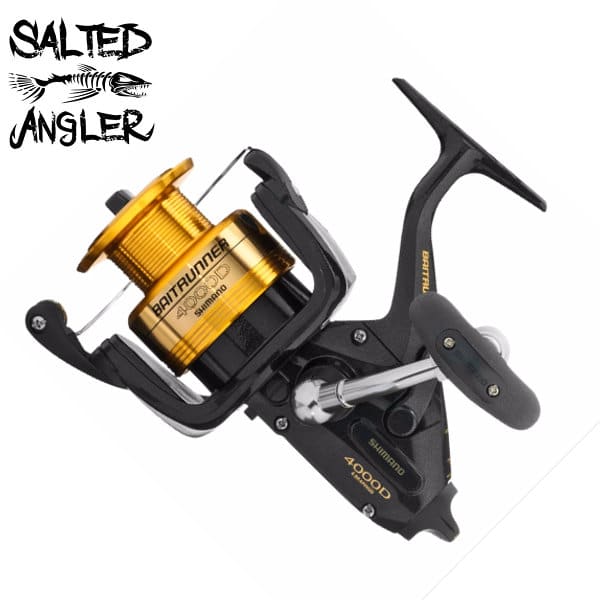 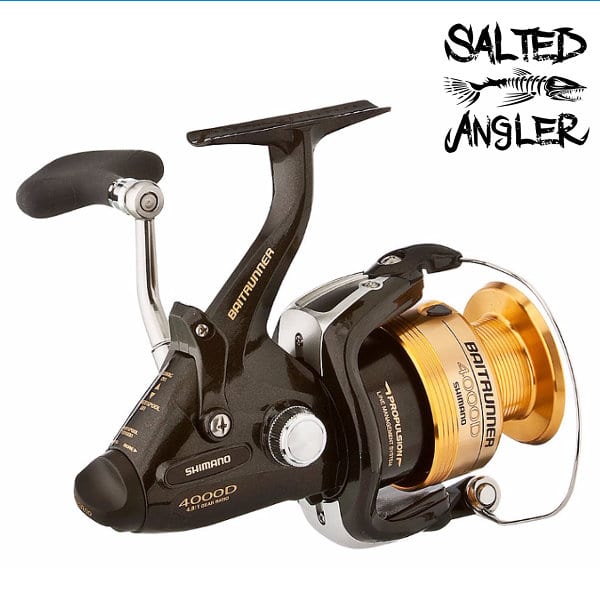 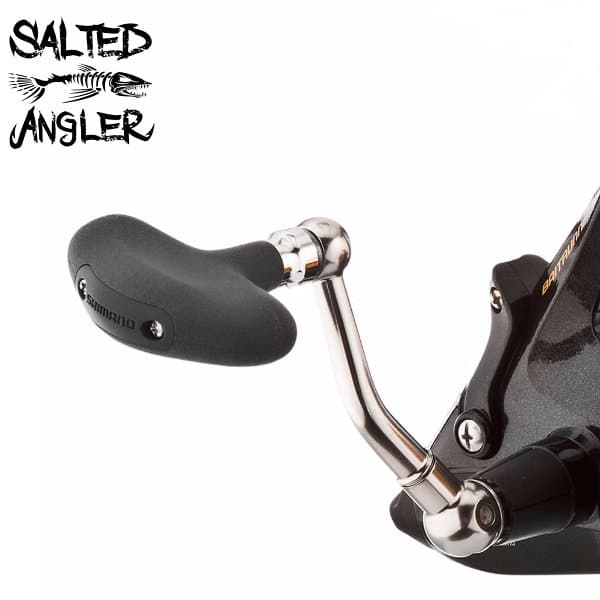 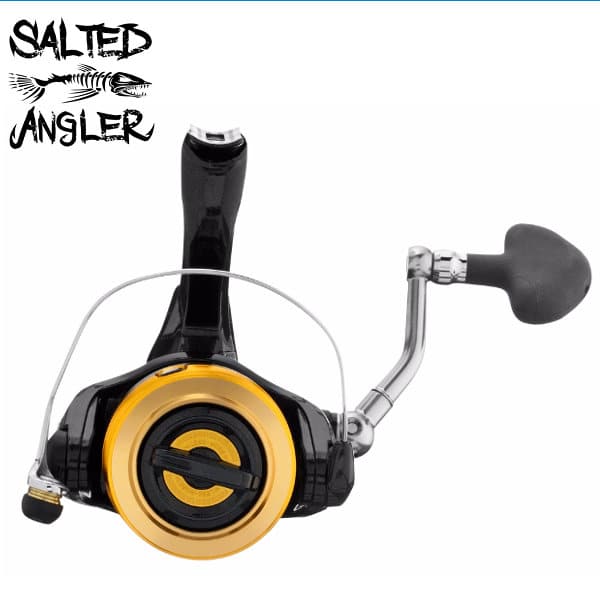 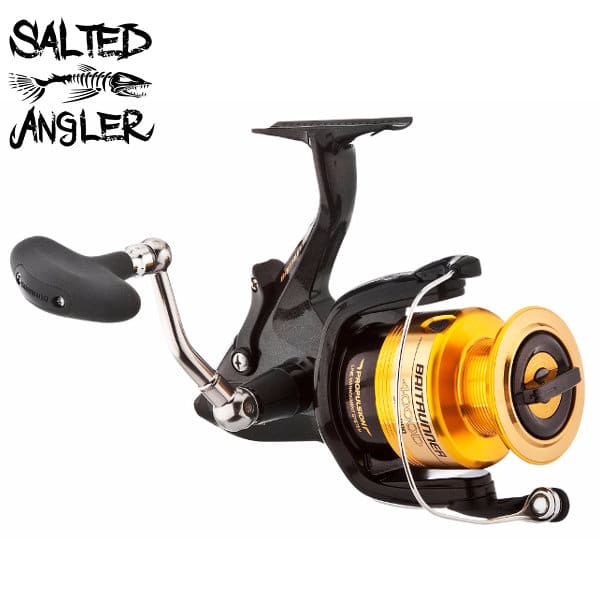 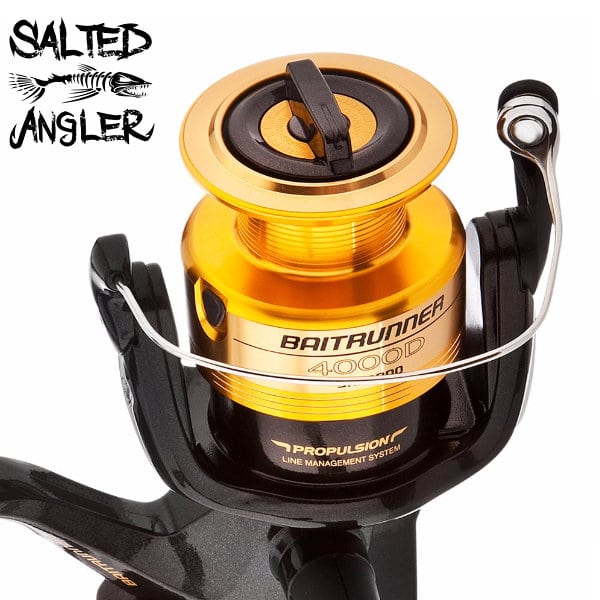 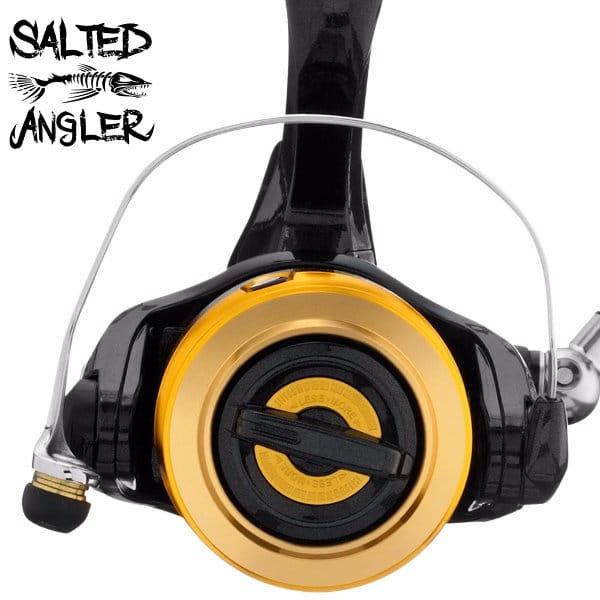 Secondary drag system – The Shimano Baitrunner D has a dual drag system that allows the main drag to be disengaged with the flip of a lever.  This allows free spooling with the bail closed.

Once the handle is turned or the lever is flipped the secondary drag is disengaged and the main drag is re-engaged to fight the fish.

After rigorous testing both in the field and with computer simulations, the lip design has proven to reduce the amount of friction that is caused by the spool lip during a cast.  This in return allows you to cast further and prevents both wind knots and backlashes.

Shielded A-RB® ball bearings – When saltwater fishing, keeping saltwater and sand out of your reel is paramount to a long lifespan. Shimano uses 3 shielded A-RB (anti-rust) bearings that are shielded on both sides with a special coating to minimize damage by saltwater and provide an extremely smooth retrieve.

Full S Concept design – Three S concept by Shimano stands for “Smooth, Silent and Strong” – a few of the features of the Baitrunner D that make this an S Concept design are the larger spool, drag system, and the Fluidrive gearing.

Fluidrive® II gearing – Shimano has been known for years to be one of the smoothest reels on the market.  One of the factors that contribute to the smoothness of the Baitrunner D is the Fluidrive II gearing.  The Fluidrive II uses an oversized master gear that is polished to make retrieving smooth and effortless.

Varispeed® oscillation – The key to getting the line to lay evenly on the spool is to achieve a consistent spool speed.  The difficulty with traditional oscillation systems is that they do not produce an even spool speed and then you tend to get line stacking at the top and the bottom of the spool.

To achieve an even spool speed Shimano uses an oval-shaped oscillation gear that alters the speed of the cam. With this design, the spool rotates evenly and the line lays down evenly. This means that you will have better line management and castability.

At the end of the day what you are looking for in a reel is the ability to cast accurately and smoothly. The Fluidrive II seems to get the job done much more consistently than traditional oscillation systems.

While I have not personally experienced the Dartanium drag washers breaking down, there have been a number of reports that after a period of time, the drag washers have been known to smash down and actually delaminate and come apart.

Fortunately, they can easily be swapped out with something like carbontex replacement washers for about $8. The Shimano Baitrunner D comes in 4 models spanning between the 4000 all the way up to the 12000, so what is the best size for you?

The Shimano Baitrunner 4000D has a line retrieve rate of 28″ and is most often fished using a braided line for not only larger line capacity but also greater strength.  While this is the smallest of the 4 models you can pack 270 yards of 15 lbs braid or 145 yards of 40 lbs braid on the spool.  With a drag rating of 15 lbs, this is a great reel for your smaller inshore species.

The Shimano Baitrunner 8000D has a line retrieve rate of 36″ and is the most popular of the Baitrunner D series due to the fact that it can handle a wide variety of fish species from your larger fish being caught from the shoreline to hard fighting pelagic species.

Most often I will load the 8000D with just shy of 300 yards of 40-50 lbs braid.  With a drag rating of 20 lbs, you are ready to fight most of your mid-sized species.  This is the model I prefer for reef fishing for jewfish.

The Shimano Baitrunner 12000D is the largest of the models and is typically used when going after your larger pelagic species that love to run such as Sailfish, Wahoo, and Tuna.   The slightly larger spool give this reel a line retrieve rate of 37″ and a maximum capacity of 505 yards of 50 lbs braid.

If you need to step up the strength you can pack 230 yards of 80 lbs braid on the spool and get ready for a great fight with a big fish using the 20 lbs drag.

If you have a smaller budget but still find that you are in the market for a Baitrunner style reel then take a look at Daiwa.  The Daiwa Regal Bite and Run are available in 4 models ranging from a 3500 up to a 5000 and can be had for around half the price of the Shimano Baitrunner D, however, it is not the same caliber of reel.

Overall if you are looking for a Baitrunner or free spool style reel, then the Shimano Baitrunner D series of reels is a very solid choice. The reels are the original and have gone through several generations of improvement since they were first introduced in 1985.

If I had to invest in one Baitrunner style reel for my arsenal, I would most likely choose the Shimano Baitrunner 8000D as it is going to cover the largest range of fish that I would target with this style of reel.