David Edwards
David is a freelance writer. He enjoys fishing as much as you do. He understands the challenge to pick the best fishing rod or learning the lifestyle. He provides a detailed review of the available products in the market. He wants to ensure you make the right decision for your next shopping day. 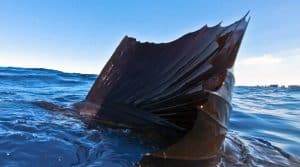 Growing up in southeastern Idaho, summer weekends consisted of fishing some of America’s greatest blue ribbon trout streams and rivers.

My dad was an avid angler. There was truly nothing else he’d rather do than flog the river. Our method of choice was spinning outfits throwing Panther Martins or Rooster Tails. We (dad, and two brothers) occasionally would put a periwinkle or trout fly on a hook if the time was right. We all knew how to flyfish with various levels of proficiency, but the idea of fishing in the 1980’s was to put cutthroat and rainbows on the table, not practice an ancient art.

So, like it or not, fishing is in my blood. I grew up dreaming about offshore fishing, not believing I’d ever have the opportunity. We were not a wealthy family, and it was obvious that the guys on the PBS fishing specials were spending a lot of cash to experience catching a tuna or billfish.

Fast forward to my third job out of college which landed me in Tacoma, Washington. A few weeks after I was hired as a marketing manager for a large financial services firm there, I was introduced to my new boss, J.A.

J.A. is a true “old salt”. He looks like a cross between Hemingway and a gray Captain Ahab. Unmarried, Vietnam Marine Corps veteran, Irish and a lady’s man well into his 50s, J.A. was quite the character.

The marketing discipline is dominated by women and I was the only man besides J.A. in a department of 15. He took a liking to me as a fellow fisherman and gave me a copy of “Crunch and Des” a month into working together. On breaks he would regale me with fishing stories in Panama at the Royal Star, the East Cape and PV. He, like most good anglers, was full of advice about fishing and life. J.A. always had some great words of encouragement like, “Finnigan, I’ve already forgotten more than you’ll ever know.” And, “Finnigan, I’m always right. And even when I’m wrong, I’m more right than you are.” Because, you know, fishermen show love through ridicule.

But J.A. was also a great teacher of survival in the corporate morass. I’ll never forget the conversation we had where I was bemoaning the political and manipulative maneuverings of some of my colleagues. He said, “Finnigan, think of yourself as that big, wise bass resting at the bottom of the lake. You look up and see a tasty rattle trap darting through the tules. Don’t rise to the bait, Finnigan. Don’t rise to the effing bait!” After that lesson anytime in my career that I saw someone playing politics in the office I heard his voice. A lesson that helped me become a chief marketing officer at 36 years old.

The day came when J.A. waltzed into my office as though he had just won the lottery. He said, “Finnigan, we’re goin’ fishin’!” I thought for sure that he meant we were going to go down to the bay and try to catch some of the chinooks that were in season, but I was wrong.

“I booked us three days off the East Cape, Finnigan. I’m going to get you into a tuna or blue marlin that will turn you into a real man.”

I was overjoyed. I was finally going to get a chance at a yellowfin or a marlin?! J.A. booked us at the Palmas de Cortez on the East Cape of Baja to fish in the Sea of Cortez. He had been fishing there since the late 1970s and knew the place like the back of his hand.

Upon arriving at the hotel I was immediately put to work. There was no way J.A. was going to use the “broken-down, 30-year-old refuse excuse for tackle” that the Mexican captains’ offered. No way. He and I lugged $10,000 worth of rods, reels, lures, leaders–you name it. There were three tackle bags alone, one weighing at least 30 lbs.

We worked for hours testing the drag on six Penn 50-wides and a 30-wide for live baiting. Everything was pristine. I’d never seen 50-lb. mono before, which J.A. always called “string”. I was enthralled at the sheer size and beauty of these reels.

I was scared. I was scared to death because I had heard stories of blue-water fishing from J.A. for a year, my favorite being the one where it took him four hours to haul in a 285 lb. yellowfin tuna wherein he was wedged into the corner of the transom and his knees were shaking like “tuning forks”. But I felt better knowing that after the fish was gaffed and pulled into the boat, he fell on his face and “cried like a Union soldier getting his legs sawed off.”

We got up at “oh dark-thirty” to begin the trek across the sand to board the “garbage scow” of a boat as J.A. liked to call them.

“Finnigan, I have rules and you will follow them. There’s no drinkin’ on the boat. You don’t want to be four Corona’s down when you hook a big tuna, she’ll kill you. We stand up. Chairs are for pu**ies. And the Mexican’s don’t touch my reels. You’re doing the work.” He admonished me as we met the captain and mate while they offered us cafe with leche.

J.A.’s spanish was quite good while he was on the boat. Off the boat he really only knew how to say “la quenta, por favor.” As I listened to him speak with the captain I could make out several words. I heard “atun” several times, but I kept hearing “pez vela” which I couldn’t make out. I asked J.A. and he answered, “Sailfish Finnigan, Humberto says there have been a bunch of sails in the water lately.”

As we motored out and the sun began to rise, Jim instructed me to scan the water for marlin dorsals as they floated near the surface. Watching the plastics bounce behind the boat, it was surprising to me how relaxing and somnolent this kind of fishing was.

As I dutifully scanned the surface, I realized that I had not been looking behind me where I sat on the starboard gunwale. I knew better than that being a lifelong hunter. Invariably the buck is not on the hillside you’re glassing, he’s sneaking around behind you to escape.

As I turned to look over my right shoulder and had one of those moments of shock that soaks every cell in your body with enough adrenaline to float a battleship. There, right beside the boat was a sailfish with his entire sale erect and out of the water. I didn’t know what to do. I didn’t know what to say. For an instant I didn’t even think it was real.

I acted. I yelled out “SAILFISH!” in what I thought was in my normal baritone voice. I expected the captain to cut the motor, turn the boat or some other furied action. I expected J.A. to jump on the live bait rod and send out a bonita to catch that sail. No.

I look at the captain as he and the mate keep saying “niñita, niñita!”. And J.A. was laughing too, and his laugh is one of the most infectious I’ve ever heard. He then sprung into action and picked up the bait rod and threw the bonita into the water as the captain maneuvered the boat to let the bait free-spool to the sailfish. The sail chased the bonita and he ran taking 50 yards of line off the reel, but in the end the sail didn’t strike. He may not have had his morning coffee yet.

Once the rod was back in the holder, J.A. started laughing again and the Mexican’s joined in. I wanted in on the joke so I asked what in the hell was so funny.

“Finnigan, do you have any idea what you sounded like when you yelled? You screeched like a seven year old girl! “Niñita” means “little girl”, he said while wiping the tears of laughter from his eyes. “SAILFISH, SAILFISH”, he mocked in his best falsetto reenactment. “SAILFISH, SAILFISH”, he repeated as the captain let go of the wheel and throttle to hold his belly in laughter. I was red with embarrassment.

“Finnigan, I don’t care what else happens on this trip, I have the best fish story ever. I am going to tell everyone you know and I know about your first sail!”

And he did, and I still hear about it from time to time. I guess all fish stories aren’t about the “big one”, or the “one that got away”. Some fish stories are about an over-excited 20-something man screaming like a little girl.